The first picket of a business seeking to avail of the government's Work Placement Experience Programme took place this morning outside Grafton Cleaners on South William Street.

The programme’s aim is stated as giving people ‘the opportunity to re-train and get experience in a new role, while on a work placement in a host organisation.” In order to avail of the programme, participants must be unemployed for at least six months or have never had a job.

The protest was attended by Ruarí Power, UCDSU President, Darryl Horan, UCDSU Campaigns and Engagement Officer, and People Before Profit TD for Dublin South West Paul Murphy. The Grafton Cleaners, operated by Jerna Limited, advertised for a position as a “Garment Hand Presser” which would be entitled to an hourly wage of €3.43, as well as an allowance of €306 paid by the Department of Social Protection. The stated duties of the potential employee through the scheme were listed as, accurately sorting clothes, identifying and treating stains, dry cleaning clothing, the professional hand finishing of clothing and to develop a knowledge of various stages of the professional dry cleaning process.

Speaking in opposition to the scheme Ruairí Power described the scheme as “unacceptable”. He added that “we don’t want to see people being displaced out of real jobs” and insisted that the Grafton Cleaners were attempting to hire people for “grunt work instead of paying a proper living wage”. Shortly after the crowd of around 20 began the picket, the proprietor of the Grafton Cleaners appeared to make a statement. Power insisted that the Grafton Cleaners were attempting to “exploit a government scheme”. In his defence the proprietor stated “I did not set up the scheme”, “the people you need to be talking to are around in Kildare Street”, and asserted that Grafton cleaners was providing relevant work experience for someone who wanted to continue with “dry cleaning, laundry and pressing.”

Grafton Cleaners stated that they were actively looking for someone to fill the position and had already received five applications through Indeed of which one is currently in training. The proprietor stated that he was “taking advantage of all avenues available” including the WPEP to which Ruairí Power replied “You are taking advantage of the worker.” So far the employer has received no applicants to take part in the scheme. The Grafton cleaners outlined how difficult the previous 16 months have been. “You can go anywhere, bars, hotels, everyone is finding it difficult to find staff.” Ruairí Power replied that there were “loads of students looking for jobs, jobs which they want to be paid well for”. 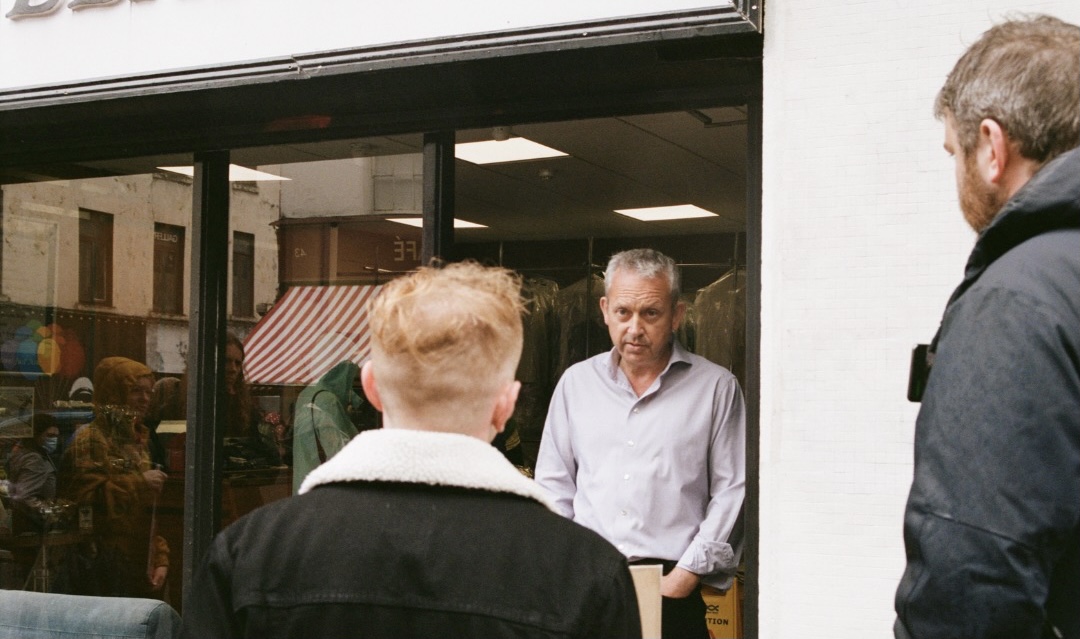 Under the terms of the scheme, an employer must provide 20 hours of accredited training. Deputy Paul Murphy insisted that this “was not much at all” considering that a worker would be doing up to “720 hours work”. Deputy Murphy asked the operator of the grafton cleaners if they were aware of the requirements with regards to accredited training , which they were not. Deputy Murphy insisted that this was “quite revealing” given that the main distinction made by government between JobsBridge and the WPEP was the requirement for accredited training. Speaking in reference to JobsBridge, Deputy Murphy said that JobsBridge had become “a byword for exploitation” and that the scheme had been “completely discredited”. Deputy Murphy cited an Independent report conducted by Indicon, entitled “Indecons report of JobsBridge.”, which evaluated the effectiveness of the Josbridge scheme and made ten recommendations should the scheme be implemented again. Deputy Murphy claimed that only three of those recommendations had been adhered to.

Ruairí Power stated that similar demonstrations will take place at business premises that seek to avail of the scheme, as well as making opposition to the scheme clear to government.