Rachel Healy looks at the sculpture, Portal, from the UCD Sculpture Trail.

The sculpture, Portal (2013), by Catherine Greene, is located outside UCD’s Sutherland School of Law and is one of the artworks featured in UCD’s Sculpture Trail. The UCD Sculpture Trail was originally created in 2008, by the late Ms. Ruth Ferguson, Curator of UCD Newman House, and Professor Emeritus Paula Murphy of the School of Art History and Cultural Policy, to catalogue the array of monuments on campus.

Catherine Greene, originally from Ballinasloe, Co. Galway, now lives and works in Kildare. The artist studied sculpture in NCAD in the early 1980’s and works primarily in bronze and mixed media to create figurative sculptures.

The artist invites the public to walk through the sculpture to mimic the symbolic nature of the work.

Portal depicts a monumental nude male figure stepping away from a mould of similar width, which still contains the outlines where the figure was once confined but is now broken in two pieces. The male figure is evidently inspired by classical sculpture in its nudity and muscular form. When asked if there was a model for the sculpture, the artist stated that “Part of my practice is life drawing on a constant basis, so the model was simply a composite of the male nudes that I have drawn over the years. I did use specific parts to arrive at the finished piece… my son's head for example.”

The work is about stating an aspiration of moving forwards and enabling future choice through education.

The artist suggests motion in the sculpture, in the inclusion of swinging arms and depicting the figure in a contrapposto pose, whereby most of the weight of the sculpture is placed on one leg, allowing the other leg to move freely. The movement in the sculpture signifies the transition from the outer residential and motorised areas of campus towards the pedestrianised and academic side of the university. The artist invites the public to walk through the sculpture to mimic the symbolic nature of the work.

“The Sutherland School of Law holds a pivotal geographical position on the campus as it acts as a marker or border between academic and residential life. My proposal for this work is about transition and moving forward between one state of being to a new life. This proposal rests on the idea of making a 'space' and not just a three-dimensional object. The work is about stating an aspiration of moving forwards and enabling future choice through education.” 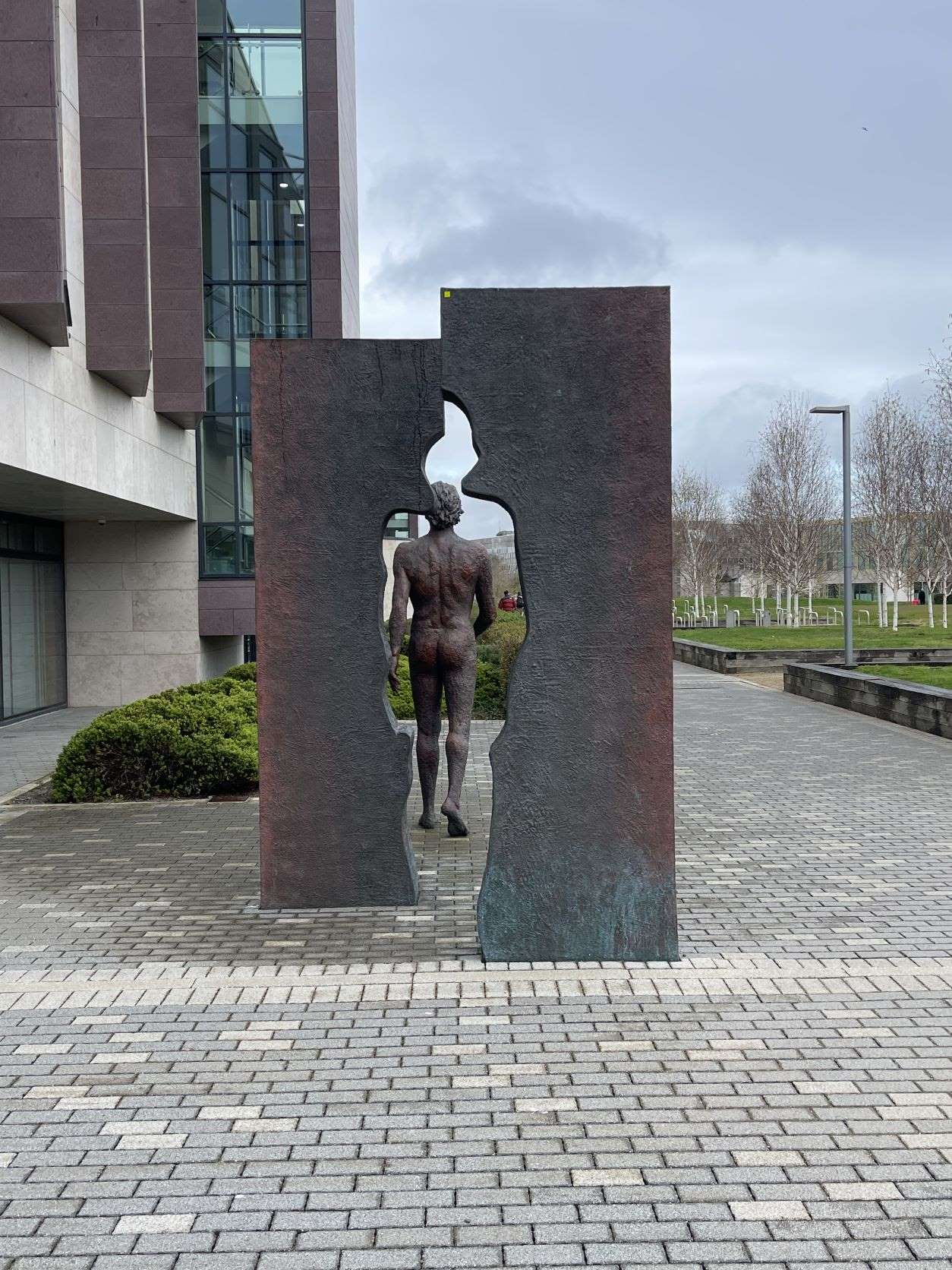 In Defense of the Winter Lights

Xenogenesis: A journey into the anthropocene

Interactive exhibitions: the future of art, or the loss of artwork?