An investigation carried out by The University Observer into the implementation of measures by UCD in response to the Guidelines for Public Health Measures in Higher Education Institutions (HEI)s has left many questions surrounding how seriously the management of UCD planned the reopening campus.

On Friday, September 18th, it was announced that Dublin would be facing Level 3+ restrictions. In an email for UCD Registrar Mark Rogers, all classes were moved online “unless you are specifically informed that it will occur”. These restrictions were initially put in place for three weeks.

In an email to students on Wednesday, September 23rd, UCD Residences promised; “Once the restriction level for Dublin reduces to Level 2, the University will revert to the plans made previously for our return to on-campus teaching and learning, unless we are given other specific directions by the Government”. No direct instructions were given by the Government, however on October 6th, an email to all staff was circulated announcing that the remainder of trimester would be held online; “In so far as possible, on-site provision should be minimised to avoid bringing large numbers of students together”.

It took another day for students to be notified.

On July 6th all Heads of School were required to submit their timetables. On July 8th it was announced that 40% - 60% of undergraduate students, and 75% - 100% of Postgraduate students would be taught on-campus. This gave UCD administration a single day to go through every timetable and come to this conclusion as to how they could manage socially-distanced learning. Frank Jones, Deputy General Secretary of the Irish Federation of University Teachers (IFUT) told RTÉ News that he had "no idea" as to how the figures were arrived at. A member of UCD academic staff told The University Observer it takes “half the summer” to plan timetables when there isn’t a global pandemic. IFUT told RTÉ "We don't know what they mean and we don't know what public health concerns were considered" about the July 8th estimates.

The Implementation Guidelines for Public Health Measures in Higher Education Institutions (HEI)s outlined; “To the greatest extent possible, the entry and exit from teaching space and taking of seats should be managed to avoid congregation at the entrance and exit. This is likely to be quite challenging”. The Implementation Guidelines further advised; “It may be helpful to give more time to enter and exit so that scheduling an hour with a maximum of 40 minutes of teaching may support this”. In a twelve-week taught trimester, that accounts for a loss of two hours of teaching. Modules remained to be scheduled as 50 minute periods. To date, students have not received any communication that teaching time could be reduced by 10 minutes per in-person lesson if a return to campus were possible. In order to accommodate the teaching hours required for students to earn their programme credits, entirely new timetables would have to have been created.

According to the Implementation Guidelines: “A physical distance of 2m should be maintained under all circumstances possible...There will be circumstances under which teaching cannot be delivered while maintaining 2m distance between students, and under such circumstances, the distance between student seats or workstations may be reduced to (but not less than) 1m, with appropriate precautions to minimise the risk of viral transmission, and specific provision made for vulnerable students”.

On a tour through the buildings of UCD The University Observer discovered that every classroom it had access to was set up following the capacity as outlined by 1m social distancing; for instance Room 116 in the UCD School of Veterinary Medicine, and classrooms in Newman (Fig 1 and 2). In some classrooms, the number of seats set out even exceeded the maximum capacity outlined on the door. In room H1.51 in the Science Hub, there were 62 chairs set out despite stating the capacity held 56 (Fig 3).

“The HEI should have a protocol in place to enable safe access to indoor space. Where practical a one-way system and or marked lanes should be used to separate flow of people into, out of and within the building”. While most buildings highlighted one-way systems on stairways or the front doors, there were little to no signage throughout any of the buildings. Upon entering, there was no visual indicator that one-way systems should be observed. This was coupled with a low number of hand sanitizers provided throughout the buildings, even when walking through numerous ‘pull’ doors and necessary touch-points.

Many of the buildings visited byThe University Observer differed in their approach to social distancing, one-way systems, capacities, and spacing. Even within the different wings and storeys of Science, the standards differed. This lack of standardisation of social distancing measures is likely to lead to confusion among students whose classes would have been scheduled in different areas or buildings. It is unclear why the rules for social distancing differ from building to building.

According to the Implementation Guidelines; “The HEI, to the greatest extent possible, should record attendance at all events and retain records for 4 weeks in case required for contact tracing purposes”. This is understood to mean, in practical terms, that the seat of every student within every theatre hall and classroom should be tracked and retained for four weeks. The Implementation Guidelines indicate that it is the responsibility of the University. However, the limited number of signs which highlight that seat numbers should be recorded, designate it as the responsibility of students. One of very few signs The University Observer saw asking students to record their seat number was on the front door of Science West. None of the signs on the doors of the Newman auditoriums or Quinn classrooms asked students to record seat numbers.

While some posters are hanging asking students to use the COVID Tracker App, the feeble attempts to plan to record student movement within lectures are jarring.

According to the Implementation Guidelines; “Residents in student accommodation should be given clear direction as to who to contact and an immediate pathway of access to an area where they can effectively self-isolate if required”.

“Control of access to student accommodation is particularly challenging because if students are unwell and need to self-isolate and rest it is natural that they will go to their residence. If this is to be discouraged, it may require that there is some alternative residential space that can be made available at short notice to students in campus residences who develop symptoms of COVID-19”.

When asked “What protocols are in place for students when they are a suspected case?” and “In the UCD Residences FAQs, it explains that a Covid-19 quarantine area has been established. Where is it and what are the protocols” no direct answer was given. A spokesperson for UCD Estate Services responded: “When there is a suspected case, the student should follow all HSE guidelines and also inform the University Duty Manager by calling 7999 who will offer guidance on the steps they should take to ensure their wellbeing and the wellbeing of their fellow students”.

While the Implementation Guidelines stated; “Students who share a common food preparation area should be advised to limit time spent with others in the shared space and to wear face coverings other than when eating”, the guidance outlined in the UCD Residences COVID FAQs stated that; “Within the apartments, the shared spaces (living room, kitchen etc) are the responsibility of each student.” A student in accommodation told the University Observer that at no stage was she told that she should wear a mask within her own apartment.

According to the Implementation Guidelines: “The HEI should encourage all members of its community to register with a GP (student health unit or other GP) to whom they have access if they require medical attention for COVID-19.”

“The HEI should encourage members of the campus community to signal to a central point in the HEI early if they are diagnosed with COVID-19  according to the Implementation guidelines”.

On September 17th The University Observer was told by a source within Trinity College that Trinity was planning to open a Covid-19 testing centre in anticipation of the return to campus. At the time of publication, it is believed that UCD does not have the provision for testing in place, despite the Implementation Guidelines highlighting the need for them.

On the 8th of October The University Observer asked UCD Student Services;

At the time of publication, The University Observer had received no reply.

The first instalment of fees for autumn trimester for all students was due on September 27th. While the Government imposed Level 4 restrictions on UCD three days prior to the commencement of the academic term, the announcement that UCD will not return to campus did not come until after all fees were due. Reflecting on the spring trimester of 2020, a Masters student told The University Observer; “I didn’t get the quality of the degree that I paid for, nor the experience that was meant to come with it”.

In an email to The Registrar, Mark Rogers, The University Observer asked;

At the time of publication, none of these questions had been answered.

A spokesperson for UCD outlined; “Given our commitment to maximising the student campus experience and the amount of effort we had put in to planning this experience over summer, it was therefore with great sadness we complied with this direction. While initially there was hope that Level 3 restrictions would only last three weeks, recent developments have indicated that these restrictions will most likely last most of the coming trimester, and so it was with deep regret that we decided to confirm that the current arrangements will continue to apply for the entire trimester”.

In a statement to The University Observer, UCDSU President, Conor Anderson commented: “Officially, yes, UCD had every intention of following through on all of its in-person offerings and was prevented from doing so only because of the increase in government restriction. However, given what I know of the planning that was going on at school level across the University, and the predictions of both myself and the other campus unions when it came to the likelihood of a second wave, I have a hard time believing that official line.

“If I, as a 31 year old with a Master's in Archaeology, was able to correctly predict that we were going to end up in this position (of a second wave and a second lockdown forcing classes online), I don't understand how the UMT, consisting as it does of multiple senior academics, were truly blind-sided by this development. It is of course only speculation, but my suspicion is that UCD management were more cognizant of the risk than they let on”.

The University Observer asked The Office of the President; “Did UCD intend to return students to campus as promised, prior to the introduction of Level 3 restrictions?”. A spokesperson for UCD responded:

"Many UCD faculty and staff spent the Summer preparing to maximise on-campus teaching for students within the constraints of public health guidelines. UCD was intimately involved in the negotiations which led to the issuing of the document ‘Implementation Guidelines for Public Health Measures in Higher Education Institutions (HEIs)’ which was released on August 6 2020. Our plans were modified to ensure compliance with these guidelines and timetables were prepared accordingly.

“Our guiding principle always was and continues to be to provide the best possible student learning journey and to maximise the student experience to the greatest extent possible under public health guidelines and Government direction."

The question asked by The University Observer to the Office of The President, Andrew Deeks, The Registrar, Mark Rogers, and The UCD Student Health & Counselling Services was “Did UCD intend to return students to campus as promised, prior to the introduction of Level 3 restrictions?”. At the time of publication, the Registrar and UCD Student Services had not replied. The answer from the President was not ‘yes’.

The statement from UCD has been published in full online. Read here. 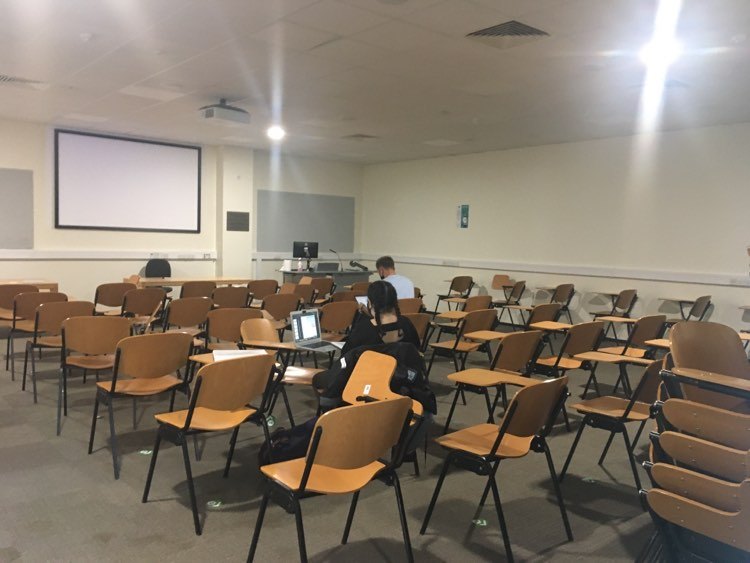 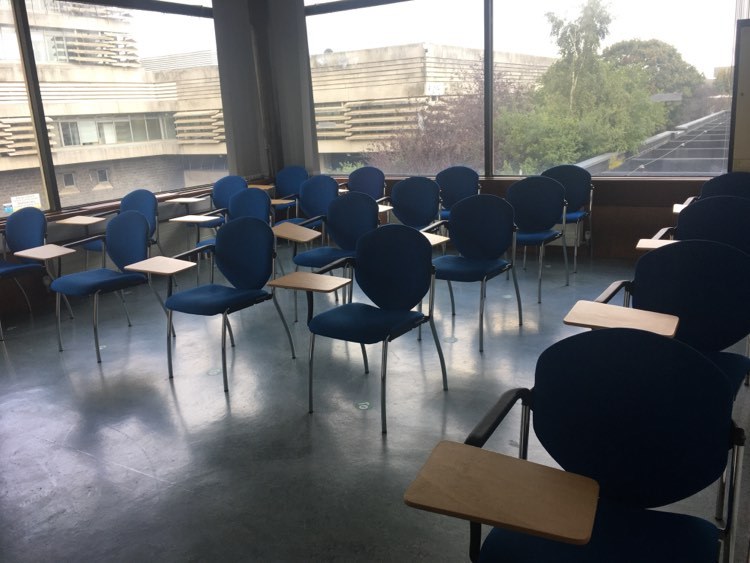 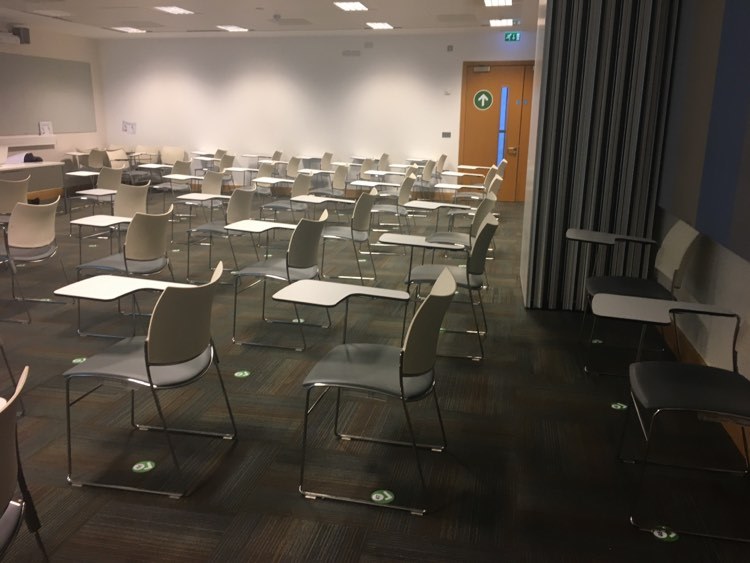