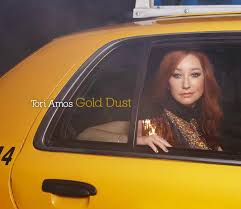 Artist: Tori AmosAlbum: Gold DustGrade: BTori Amos, never one to shy away from complex and unorthodox musical issues, has recorded a cover of her own material. The album Gold Dust spans the breadth of her two-decade career in pop music, re-interpreted with more orchestral arrangements. The song ‘Flavor’ is stripped of the mechanised beats and electronic adornments that featured on the original, instead instilled with flowing strings to accompany Amos’s piano work.This is a record built on melody; indeed there are no drums at all, save some sparse eastern percussion on ‘Star of Wonder’. The listener glides on Amos’ melodies, feeling almost weightless, and the strings give the songs a cinematic sweep. These real strings are a refreshing change from the mass-produced synthesised noises that our ears are so used to being subjected to.The lack of percussion also has a downside however, in that without any changing drum-rhythms the songs do start to sound quite similar to each other. With no percussion to mark a division songs slip and fade, with such continuity that is hard to differentiate them. Piano, strings and vocals can only take you so far, though the album is still a thing of beauty some tracks lose more than they gain from the new format.In a Nutshell: If you want a break from pulsing house beats, this is a lovely piano-pop album to spend an hour with.By Edward Kearns

UCD welcomes the creation of the Department of Higher Education and Research.

Ireland must confront its own antiblackness