Student nurses and midwives held a protest today outside of Dáil Éireann. The protest was attended by the INMO (The Irish Nurses & Midwives Organisation), SIPTU, UCDSU, and several prominent opposition TD’s including the leader of the opposition, Mary Lou McDonald.

Speaking to The University Observer, the general secretary of the INMO Phil Ni Sheaghdha called on the government to publish a full copy of the McHugh report. The McHugh report is one of two reports commissioned by the Health Minister, Stephen Donnelly, to examine the pay and conditions of student nurses during the pandemic. The report was made available to the minister for health, Stephen Donnelly in August. Ni Sheaghda added that the INMO participated fully with the McHugh report and that the organisation would like to see “what exactly has been recommended”. 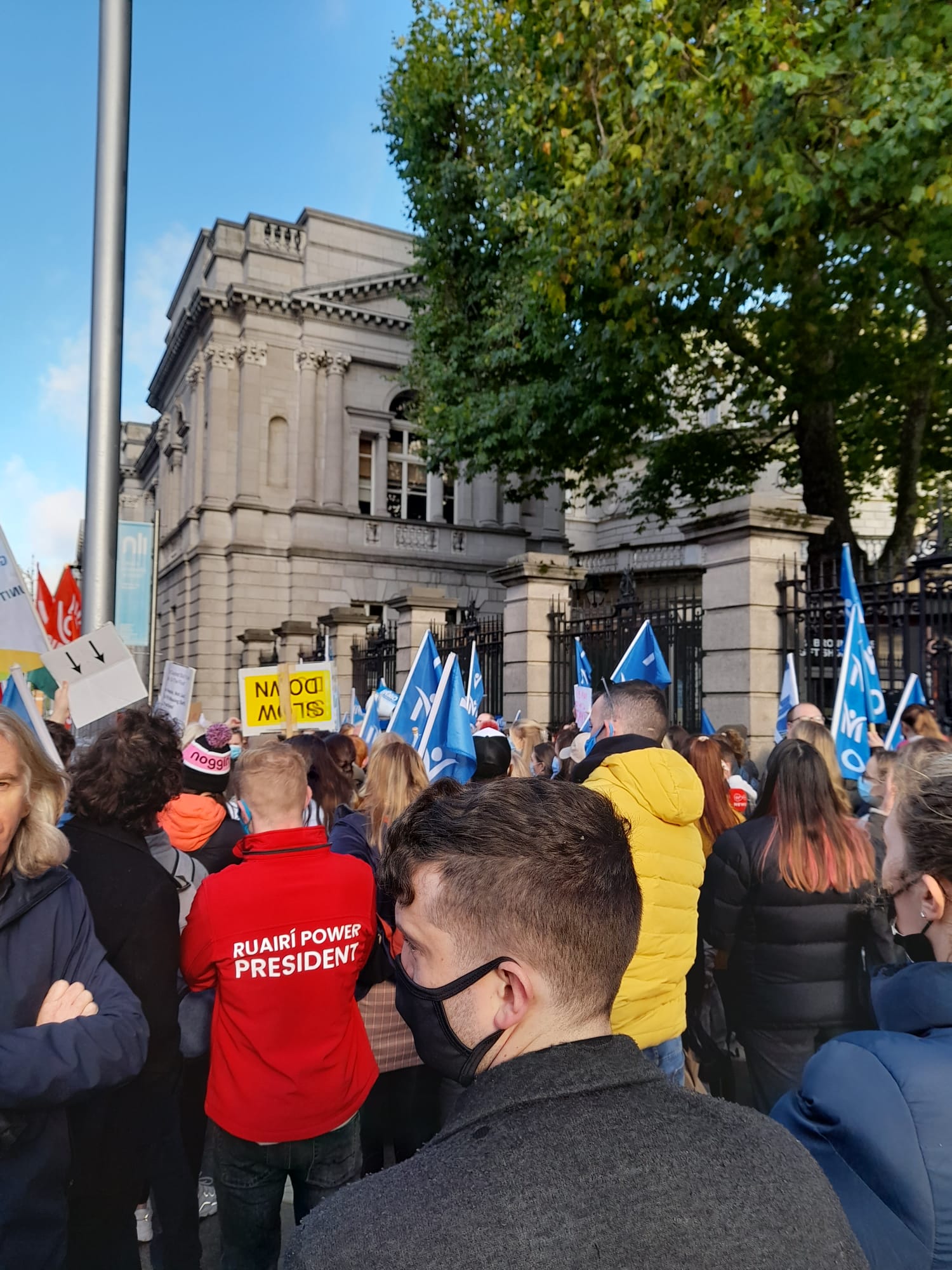 David Cullinane, the Sinn Féin spokesperson on Health also spoke to the University Observer. Asked what he thought about an Irish Times report this morning that student nurses in final year on internships are to receive a pay increase of 12%, Mr Cullinane said that he was disappointed that the findings of the McHugh report had not been discussed directly with the INMO and that “they had to read it in the newspapers”. Mr. Cullinane welcomed the increase which would bring final year students pay to 80% of that paid to an entry level nurse, however, he stated that there is no detail being provided regarding what changes will be made to allowances and bursaries for all student nurses.

Mr Cullinane added that student nurses have been treated “appallingly and It's not just in relation to pay”. According to deputy Cullinane concerns relating to staffing shortages have adversely affected the working conditions of all those in the health service “sometimes they can’t get breaks, they can’t take annual leave because it's simply not possible for them to do so”.

John McCamley, the Nursing & Midwifery organiser for SIPTU also called for the government to publish the McHugh report. Furthermore, he stated that student nurses and midwives shouldn’t be financially at a loss due to travel expenses or expenses incurred when finding accommodation within the vicinity of their placement. One student nurse who attended the event spoke about paying €500 simply to attend a placement in Wexford because she could not be accommodated in a maternity hospital in Dublin. The student was provided with an accommodation allowance of just €100.