Graduate Entry Medicine (GEM) students have voted by a majority of 70% to withhold the payment of academic fees to UCD for the foreseeable future.

The move comes in response to what many GEMs perceive as unfair and unwarranted increases in tuition costs since 2017. The issue was raised with the support of the Student’s Union as far back as July and the current protest reflects the frustration felt by many students at the University’s reluctance to engage in meaningful discussions with their representatives. The students have issued demands of reduced fees and a freeze on future increases. At the time of publication, it remains to be seen how the college authorities will respond. 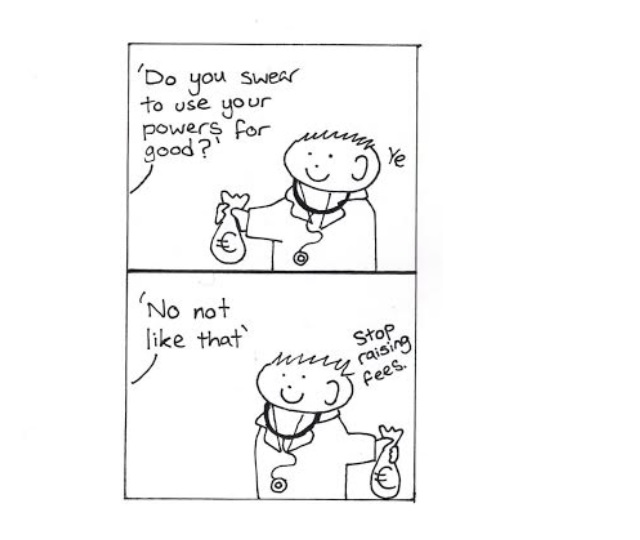 Graduate Entry Medicine is a four-year course offered by UCD. It is framed as an “alternate route” to a medical career, tailoring mainly to students who were unable to enter the undergraduate program. Entry to the course is very competitive and the workload is said to be among the most intense of all UCD programs. Current fees stand at €16,290 for Irish students and €55,140 for non-EU students. This represents an increase of €1,000 and €3,000, respectively, since 2017. In a press release, Conor Anderson, President of UCD Students’ Union stated: “The increases have been described as ‘annual inflationary increases’ yet students have not seen any benefit from the extra money being spent. In fact, class sizes have increased since 2018, which means already-limited services are under even more pressure. The majority of GEM students are using loans to pay for fees and living expenses, but as of this year, fees have outstripped the available loans.”

Anderson, who has been working closely with GEM representatives since the summer went on to say: “The GEM course is designed as a second chance to those who did not study medicine straight out of secondary school, or for those who want to change careers and move into the medical field, but if this trend continues, only those from affluent backgrounds will be able to attend.” In his statement, Anderson echoed a concern shared by many of those undertaking the protest; “Because of the increasing debt-burden on current students, many worry that they will be forced to emigrate in order to earn the money necessary to pay all of it off”, adding that this trend risked exacerbating the already dire shortage of junior doctors willing to practice in Ireland.

Speaking to The University Observer, a GEM student who wished to remain anonymous believed that, so far, the University’s response to their misgivings had been “a bit ridiculous”, commenting that it was “pretty clear they don’t see this as an issue even worth discussing, it’s like all we’re here for is to pay money”. Discontent among the student body was stoked when previous efforts to call attention to fee increases were countered by UCD staff stating that students had sufficient time to “budget” for these increased expenses, and therefore the fees would not be reduced. Remote learning is also a cause of contention in this dispute. Many students believe fee increases are unjustifiable when most lectures are being conducted via video-link this semester. This view becomes problematic when levelled against the university’s argument that the fee increases correlate with improved standards of teaching.

The protest marks an intensification of what has become a lengthy battle between GEM students and college authorities. The decision to withhold fee payments will inevitably elicit a response from the university, although at present exactly what form this response will take is unclear. Whatever happens, it will certainly go down as yet another tumultuous chapter in what has been an academic year like no other.