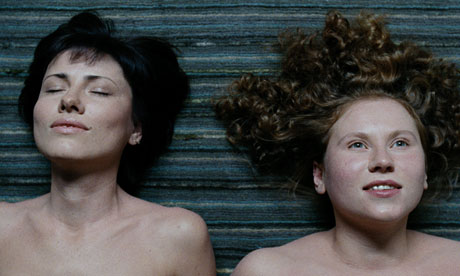 Title: Silent SoulsDirector: Aleksei FedorchenkoStarring: Yuliya Aug, Larisa Damaskina, Igor Sergeyev, Yuriy TsuriloRelease Date: 22 June 2012Set in Lake Nero, West-Central Russia, Silent Souls tells a tale of human sorrow and suffering, but also of the ancient Merjan culture still alive in the minds of its descendants, and their struggle to uphold traditions and myths in their modern lives.After the death of his young wife Tanya, Miron (Tsurilo) asks Aist (Sergeyev) to assist him in the burial of his wife in accordance with a Finno-Urgic burial custom. The two men set out to travel thousands of miles, in order to bury Tanya where she and Miron spent their honeymoon, on the bank of a sacred lake. The two men are accompanied only by two buntings, the original Russian title of the film. During their journey, we experience Merjan customs performed when burying the dead, and we also learn that Miron was not the only man in love with his wife, Tanya.Silent Souls is narrated by Aist, a middle aged bachelor who works at the local paper mill. Although the film is primarily set among modern characters and a present day setting, we are constantly reminded of places and people in Miron and Aist’s past. We experience several flashbacks to Aist’s childhood, and Miron’s life with Tanya, as he upholds a Merjan tradition by reminiscing about his wife. There is little dialogue between the two men, and while the film is subtitled, this is not uncomfortable for the viewer, as the true beauty is in the imagery of Silent Souls. The focus is placed on meditation on Merjan culture and memorable images of life gone by – Miron bathing Tanya in vodka, the cremation of Aist’s mother and the bridal customs of the Merjans.Running for seventy-five minutes, the film is simple yet captivating at every moment. While the rituals and customs are specific to one culture, the theme of saying goodbye to a loved one is universal, and one that is easily identified with. Love and loss are inextricably entwined, and the film leaves us with a message that, although we lose those whom we love, to lose does not mean to forget.Recipient of three awards at the Venice Film Festival, Silent Souls is a thoroughly enjoyable cinematic experience. While the film contained a lot of scenery and long moments without any dialogue, each second was captivating and interesting for the viewer. Silent Souls is one for a film-lover, if not for the visual beauty or the cultural depth, then for the fact that the film is truly unique.In a Nutshell: An artistic achievement that will resonate with the audience.by Eimear McGovern

The Harpy - Horror; That Person You Shifted Over Christmas Goes To UCD, And They're A Fresher

Portrait of a Lady on Fire: Review